Issue Summary:
Not sure if it spawned behind me or made no sound when it jumped up the ledge I was next to. Either way the timing doesn’t seem right.
Edit: Also to clarify, I was wearing headphones and reviewed the footage several times with headphones on as well. I only hear the rat less than 1 second before I’m grabbed, not enough time for me to even turn around. Can anyone hear it before that 1 second window? It could be my fireballing was too loud, but I thought the special cue volume was increased. 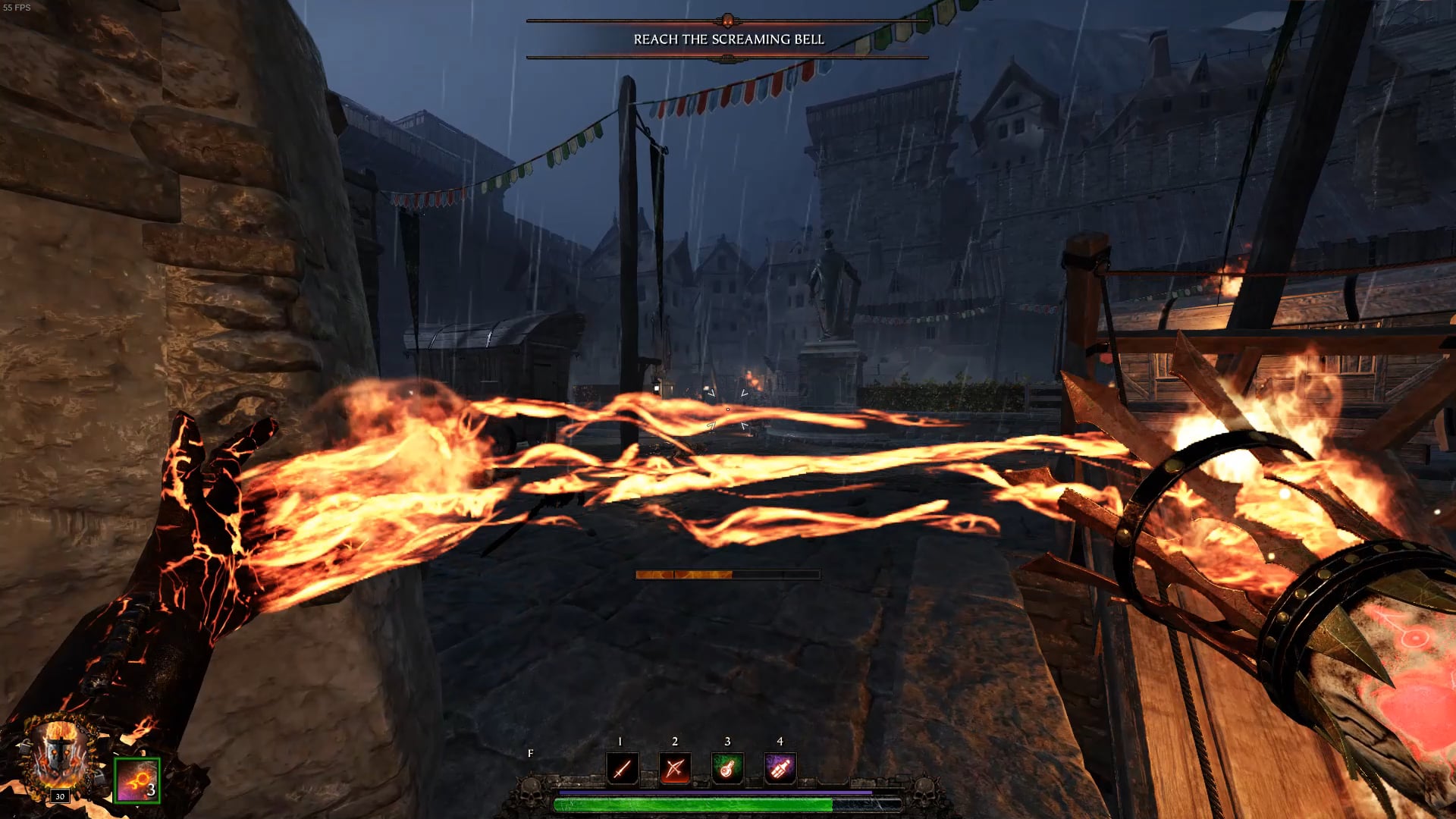 Steps to Reproduce:
Probably hard to reproduce in this exact configuration.

Reproduction Rate (Choose One):
Once

It’s a tricky one. Lots going on there. I’ll pass it on but it’s a very situational thing. Pretty sure I can hear the PM a little earlier than the 1 second window but yeah, lots of sound occuring and he does climb too which is often a very quiet if not silent procedure.

Thanks Hedge, I figured it would be a bit iffy , but I thought I’d post the footage I had just in case it proves to be useful.