My brother, I have 350 hours and 150k kills in this game so far. And I say that “the gear progression system is not ok” in fact “it sucks!”

We should be having fun trying different weapon combos, enjoy the game combat mechanic, and work together with others. Having a gacha system in a co-op game like this is just unbelievable.

You think forcing (indirectly) players to check the market every hour is healthy for the game?
We have to run (and complete) Heresy or Damnation 5 to 6 times to have enough Pasteel to upgrade a weapon to max. Not to mention how difficult it is to find a decent weapon/curio in a market. If I don’t have a good enough weapon, I don’t even want to upgrade because it will have to spend a whole day farming more mats.

I don’t mind a grind, but this game is RNG over RNG. It’s not a co-op shooting/fighting game anymore. It’s a gacha game. I still enjoy the combat of the game but guys the gear progression system is tarded.

Well when i cant access or reach out builds or try out certain builds, because its full RNG, here its an issue.

i do have 0 replayability, because lets say i got a LasGun, with each of its blessing and perks are bad, how i am going to experience a new build? or a new way to play the game?

Right now for every class we only have 2 builds due to RNG, and bad balancing design.

Let me repeat that: After finishing the grind, I didn’t stop playing. Instead, I played the game ten times more because my enjoyment improved tenfold from there as I was able to constantly challenge myself without feeling tied down.

There’s a consistent design question that always needs an answer: do you design for:

A) Gearing up to Fight

B) Fighting to Gear up

The problem with B is that players who are attracted to it don’t want to be “done” with anything, and are addicted to a process that can’t actually be fulfilled. Most problematically, these kinds of players do not overlap with other kinds of players. When you make a game for B players, you end up with a game that will drive most players away. Certain genres cater themselves totally to B players, but not all.

The strawman that opponents to B players are simply looking to be “done” is just that - a strawman argument. The reason this is unappealing to most players is for a lot of reasons, not the least of which is that their time is not being respected, and they do not have any agency. More emphasis is placed on a static, boring experience supported with web integration and numbers than actually branching out into different play styles and approaches to the missions, which themselves are supported with the ability to complete builds that facilitate them. B players tend to not be able to process this because, in their minds, things like this have no real value next to arbitrarily filling out number sheets and knowing the rarity of doing so somehow makes their experience more “valid.”

Personally, I’m an A player. I can replay a game, cheat in the best gear or skills, or whatever, and play through the entire thing without a trace of boredom. That’s because I’m not playing to fulfill arbitrary goals that someone told me to do. I play to experience the game. If it’s robust enough, I can do that indefinitely.

I’d even argue the current shop doesn’t fulfill B players either. B players need a system to engage with to manufacture the serotonin they get when they receive an incredibly mild numerical upgrade. The shop provides that only in the sense that every hour, you can check your phone for the web app that will tell you if a perfectly RNG’ed item is there for you to log in and purchase. You didn’t do anything to warrant it existing. You didn’t find an item to integrate into your current item. It’s just a new, random starting point for another couple of series of low yield rolls that - statistically - will fail. To state the obvious, that’s not content - it’s addiction.

Korean MMOs have this sort of system down pat because they know their whales and how they think, and why they bleed money. This system gets everything wrong, for all players.

As a B player things are going pretty good. Always seeing new interesting gear to try out.

You are a funny one indeed. Incoherent and confused would be more correct I suppose. But yes, your intelligence totally shows. I can already tell by listening to you, how you impress your teachers every day

Why don’t you just go play Vermintide if everything is so much better there. People much smarter than you have come up with a new game and if that is not for you, too bad. Game will still improve a lot more but there is already now lots of progression and lots of room for experimenting.

Now find someone else to insult and to whine to, as this is the feedback forum and as such it was feedback to fatshark and not to some random bottom feeding whiner without a life. 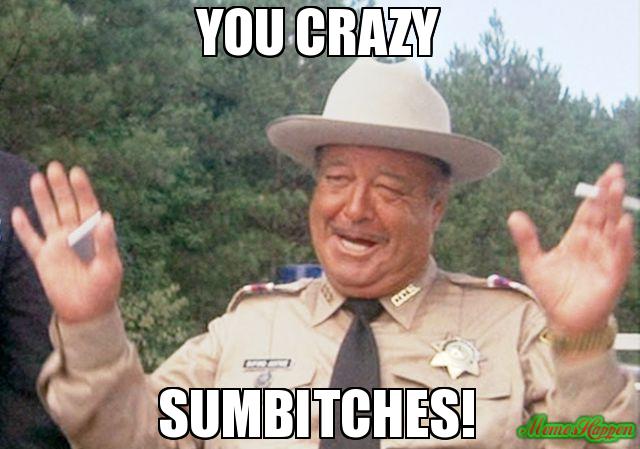 Doesn’t it occur to you that at 350 hours, you are way past the content of the majority of players? Most games are not made for people who don’t have a life aside from gaming. I do not mean it in a bad way, I love gaming and I have lots of hours too in Darktide. My girlfriend and I both reach a point now where more content would be nice, but you need to realize that for more than 90% of players, this point is still far in the future. The game at the moment easily provides 200 hours or more of progression. If you check the shop every time before and/or after you play, you should have good weapons of every interesting type that are worth upgrading. Yes, that is not what you want, but for many people it is perfectly fine. I like it.

What Drugs are you on!
Im insulting… Now now, obviously you cant read. Or dont read what you wrote.
The only one Insutling is you, the Facts are inside this Topic but okay.
I was never whining, but Facts are Facts. Youre just Whiteknighting it and thats that.
You took youre time for what. Another stupid Post. Only one her incoherent and insulting is still you and no one else!
You didnt even know what to write back, you repeat yourself all the time and again Insult random people cause they have bette arguments.

PLZ FS take this Topic down. OP is outta his mind!

I pretty much agree. People who want to rush to maxed out gear will hate DT’s loot system, but people who want to see upgrades dropping for years of gameplay may like it. Can’t please everyone.

You meant “4 classes and 5 maps in which we take different routes in 12 different missions” maybe.

Which is even worse.

well you would think that’s the case. However, I only have 1 weapon on my veteran with 380 and two on my zealot. It’s super rare to come by, I know some people who are lucky and got several but this RNG system just sucks.

But I think you don’t understand the point I’m trying to say. I think the game is more fun without this RNG system. I want us to be able to use the weapons we want really want to use. The upgrade system is fine as long as we can reach the expected results with time and effort “not” by RNG.

Let’s just pray that Fatshark does not give in to the review bombing and nolifers. Lovely game already now and I can’t wait to see what else they have in mind.

I was never whining, but Facts are Facts. Youre just Whiteknighting it and thats that.
. .

I’ve played tide games for a combined 1000+ hours and this is the first one I stopped playing my chars once they hit 30 because there simply is no way to check out different playstyles because as it stands even after 100 hours in darktide I could not manage to just get one nice weapon that I really like because the RNG gods hate me. I would rate the current system 1/10. The only reason i didnt rate it 0/10 is because i really like the new approach of weapona having random stat distribution. Thats nice and I think fatshark could improve on that.

i do have 0 replayability, because lets say i got a LasGun, with each of its blessing and perks are bad, how i am going to experience a new build? or a new way to play the game?.

i mostly agree with the OP and i can get over the negative things and my opinion on RNG Shop as slightly changed, but also because i spend 425 hours already and was able to get hands on weapons at least with some blessings i want. A Deflector Sword for example, but i have never seen a MK5 Axe with Brutal Momentum on my Zealot. but tbh. i dont urge to find or have one, i’d try it as i tried a t2 lacerate knife, but i stick to the more iconic weapons.

I just switched to my Psyker i havent played for weaks and have a blast playing him again.
atm i think i’ll play a class a week or two and when it starts to get boring i play another class that plays much different.
After playing Zealot for 2 weeks i wont go to Ogryn, because of chastise and Bullrush are very similar and i like to play with the Powermaul, but played Thunderhammer a lot recently. This would be too much the same, but playing Psyker now and not with Purgatus because of Flamer, but Voidstrike and Deflector is really fun again and i think when this wears out again i have to play my Veteran again that i havent played for weeks also.

Cant help, game sitll fun, still have penances to do, still like to see this or that achievement beeing done and core gameplay is good, setting is what i like the most in gaming.