What do you want to hear? here are 3 hotfixes see you in a month?

You don’t think the other three threads you’ve started so far asking for the exact same thing were enough? Sure, let’s have one more.

But what update? They were on vacation, then they returned, then they did desperate survey. You think they had time to do ANY major work on game in a week or two?

Don’t expect anything big, just some PR post saying “We heard feedback loud and clear Rejects, everything will be analyzed, we appreciate our passionate community, we will try to adjust our design choices in best way we think will meet community expections while staying true to our original vision (cash grab) of the Darktide. Thank you and look foward in the future Rejects as a lot of stuff is coming (but we can’t say what and when casue we don’t know)! Meanwhile here is cash shop update!”

naaaa too early in the week.

Kind of agree with the OP here. They may not have any actual content to update the game with but I’m somewhat skeptical that their current strategy of watching their player base and rating tank whilst simultaneously hiding from their consumer base is a winning strategy.

2 weeks is plenty of time to put a vague road map together, even if it is just a statement of intent rather than something to be rigorously adhered to.

Some hope is better than nothing and radio silence. I may not understand how game design works but I sure as hell do understand how successful communication works and this is not it.

was gonna make my weekly thread but at this point itll be redundant. ill make one at the end of the month next week i guess.

They enjoy releasing them on Thursdays.
This way everyone can find all the bugs, as we are just paying QA at this point, and hate them over the weekend and they can fix it next week.
Silly strategy imo

Still. The longer they take the more content everyone is expecting… So unless they release a couple of missions that are different from the one mission we have now, a class revamp of psyker, full crafting and a new subclass…
None of which seem likely, than I feel it’s better they shut up and keep working. Since they are more likely to burn everyone with a pointless hotfix and insignificant community update that does nothing.

But I’m guessing we will get reblessing, a few insignificant and minor weapon rebalancing/nerfs, maybe a psyker brainburst buff for high rank, possibly a new weapon and probably another identical mission.

They losing multiple percent a day. Its up to fatshark how much they want to kill their own game. Maybe they are aiming for a new steam record of negatives. Who knows at this point

It is beginning to feel a bit like this 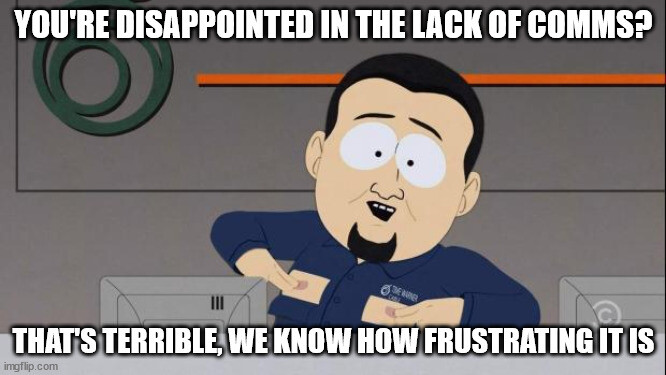 What is the lowest ever? Anyone know? Surely its in single figures.

This was posted in news A YEAR AGO. They are good at fluffing. 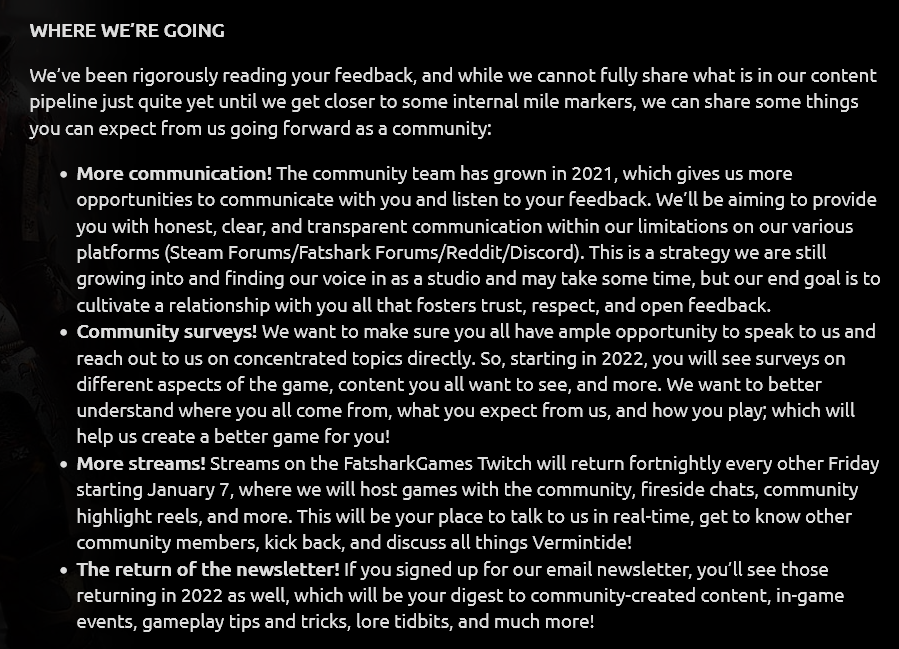 Heh, I said it. That’s the community update

Here it is, versed little better than my comment: 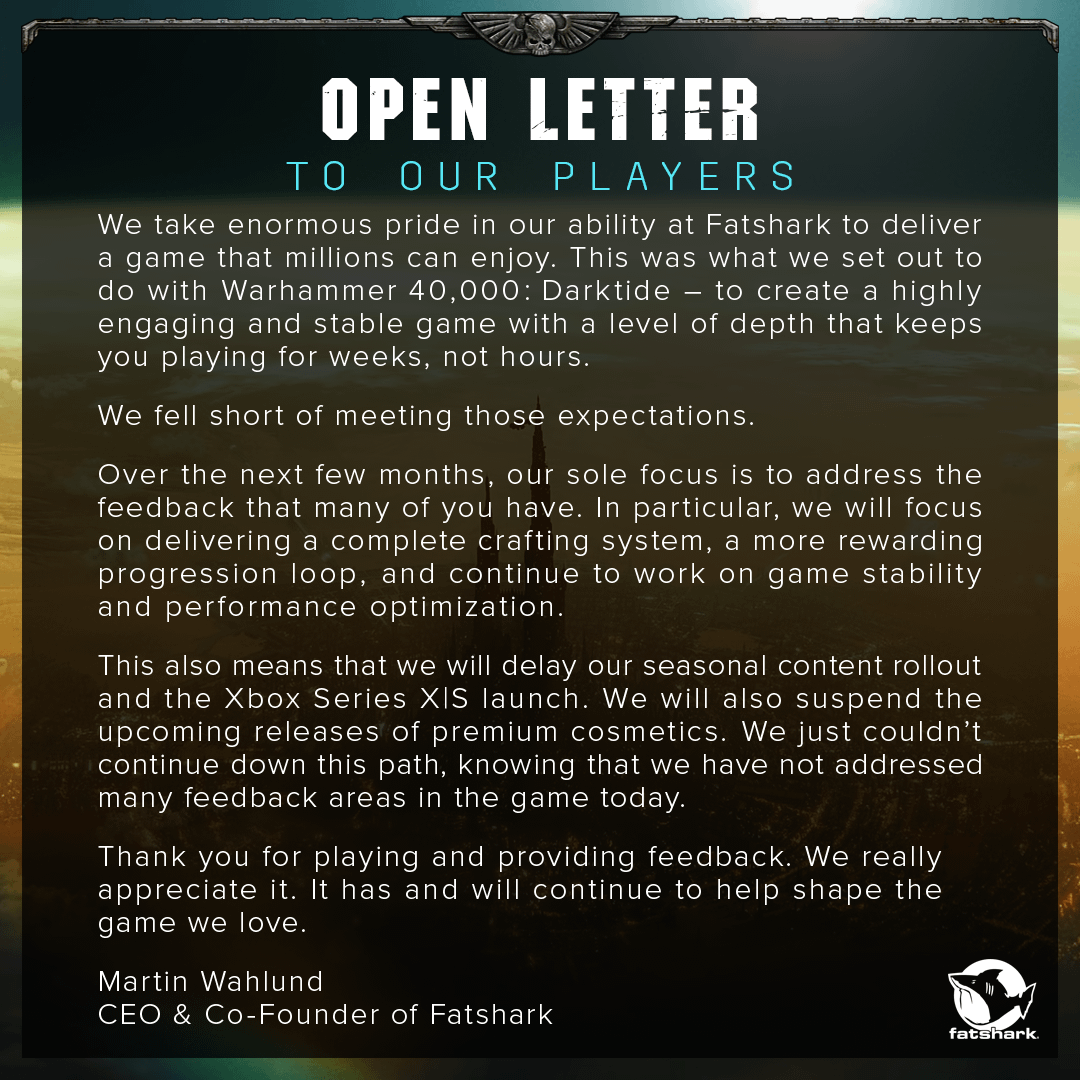 Or just maybe Fatshark figured out that negative reviews on Steam mean jack when most of the people making them are spoiled brats who A) want everything now now now or B) demand the game be a clone of VT 2 “because”. So instead of trying to appease a group of snowflakes who will never be happy unless the game caters to them, they’ve opted to be smart and put the resources they have into fixing the foundation before remodeling the interior.

Personally I am happy that they’re ignoring the demands for everything now to focus on getting the core part of the game - combat - running smooth. So much better than, say, Blizzard’s handling of WoW where they kept caving to demands for this or that fluff system at the expense of fixing the core mechanics until it became a snarled mess of fotm and wild swings of the nerf bat and buff hammer.

I agree. I have not understood if they will deliver a new crafting system (I hope this is not that) or the one they described in a blog post (i really hope it will be that but then it should not take 6 months).

Anyways, I would like to know what they plan to do. They need to understand that we want MORE communication, not just something like “it will take several months”.

Even at 35%, they are not convinced that they need to communicate informations to the player base… That’s really incomprehensible.