Didn’t expect the thread to get so many replies so I guess I better put in a better body than just ‘title’.

Edit for a meatier explanation: The current implementation of the swiftbow turns it into a longbow lite, except that the advantages it has over the longbow (such as movement speed while aiming, increased ammo, increased fire rate) completely make up for it, resulting in a weapon that completely outclasses the longbow in every situation.

You don’t need to kill a target in one shot, when the swiftbow can kill the same target in two shots in the same time it takes the longbow to recover from its first. While also having increased movespeed, attack speed, and over twice the ammo. This is my problem with the current implementation of the swiftbow.

I propose reverting the nerf to the swiftbow’s cleave, and severely nerfing its armor damage. This would mean that both weapons would have their place, with the swiftbow being centered around dealing with multiple unarmored targets (and excelling in hordes thanks to its cleave) while the longbow would be more around Key Target Elimination. Both would have their place and niche without overshadowing each other.

Some people have mentioned the possibility of also increasing the headshot damage of the swiftbow while reducing its armor pierce. To this I must say I also disagree, simply because big, powerful shots that reward accuracy are precisely the niche of the longbow. We should strive to make the weapons powerful and useful, but in different specializations so as to make the choice between one or the other meaningful. The more similar these weapons are, the less of a possible choice we have.

I had a lot of fun with the swiftbow during this beta, and I don’t think it should be nerfed. It needs to be able to kill armor in order for it to be viable. Yes, right now it enables a fully-ranged legolas playstyle and can easily get green circles, and yet it doesn’t carry games, at least in my experience. My cata winrate as a Shieldmaiden that never gets any green circles is much, much better than that of my Swiftstalker that gets incredible damage stats.

I’m not sure about the numbers but you kill a Cata Stormvermin in 3 headshots or 5-6 bodyshots, and you kill Cata Rattlings in 2 shots (all of that includes bleed). It’s still not viable against Super Armor. (EDIT: was talking about charged shots)

The SB has no stagger power, and requires multiple headshots. It’s not something you can easily pull off in a clutch.

I think the SB stood in a good place before the last beta nerf.

It’s not garbage…
It’s a meme weapon for WS

Maybe HM could sustain a bit, thanks to a slightly reduced ammo pool and a 5% extra crit chance.

This is why I laugh when i read about people wanting to nerf WS’s ammo pool.
Her entire ammo sustain is based of % age. If you reduce it, you break whatever little balance there was.

Meme weapons are the same as garbage weapons in my eyes at the end of the day.

There is no point being pedantic.

It’s a meme weapon that works. The ammo sustain makes it class restricted. But it is still a massive improvement over the catastrophe it was before the BBB.

With crit on WS, you can just keep firing, the ammo sustains itself.

Did you try it post-nerf?
It’s horde clear is garbage once again. It’s not competitive with Longbow nor Hagbane in any way shape or form. Call it meme if you like, it doesn’t change the reality that the weapon doesn’t do what it’s meant to do.

For cata Swift bow, against stormvermin is capable of:

Ofc it’s possible to 2 shot to the head with crits mixed in.

Quickshot cleave is still a 50% increase and charged shot cleave is a 33% increase over live realm.
But due to mass limits, there’s no point in using charged shots for hordes outside of slave rats and ungors and even then, their HP is so low quickshots are generally better. (Increase from 2 targets to 3)

I’m not actually sure of the identity of Swift bow, it’s sandwiched between a horde clearing, boss killing hagbane and a special/elite sniping Longbow. Swift bow earns more cooldown at the very least.

I think I’ve tried it once since the BBB nerf, but that’s not enough for me to be able to say anything else than
“BBB >>initially<< put the swift bow in a good spot”

The problem is the bleed talent, not the swiftbow.

Granted, a waystalker who has built properly around the swiftbow has bonkers amounts of power (seriously, its easymode with infinite ammo and full mobility.), but the swiftbow doesnt have nearly that much strength in the hands of her other careers.

I’ve suggested before that the bleed talent needs reworking in one of several ways:

1: Make bleed a percentage of damage dealt, not a flat amount to all targets

The power of the build comes from stacking bleed on a huge number of targets even though you are not dealing meaningful damage to the targets at the back.

This would work by actually reducing direct damage done by the weapon, but giving it a stronger bleed to compensate.

This would still allow the bleed build to do large amounts of damage at the cost of quick kill times against specials.

This would open it up to shade with her damage-over-time synergy, and hopefully give us an interesting new ranged talent for waystalker.

I see, so the swiftbow itself has very poor armor damage, it get’s a bit better when using bleed talent.

Granted, a waystalker who has built properly around the swiftbow has bonkers amounts of power

I can’t see how this is true right now.
Longbow is straight-up better than Swift bow in almost every way right now.

Is it an up to date video.

Patch 0 BBB, swiftbow could single-handedly contain a horde as long as it was coming in a straight line… Longbow doesn’t have the rate of fire x penetration to do so…
I’ll try the bow with the current patch later 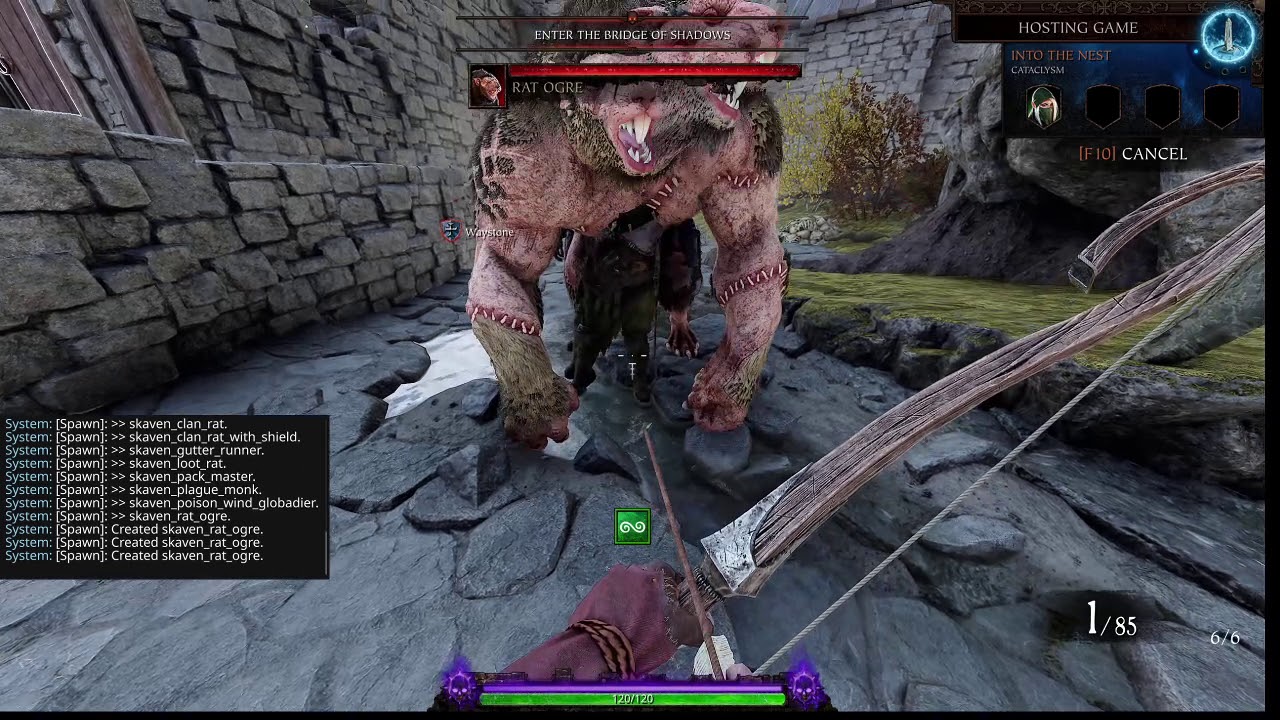 Yeah the armor damage and maybe the bleed seemed to be the problematic parts not really the horde clearing aspects. Its definitely going to need a other pass on that.

The bleed was is a fun twist that allows the bow to deal actual damage to bosses. It’s a fun addition.

Was it exploited or just found underwhelming? (just to be sure I’m aware of everything)