Having the same problem with being unable to link accounts on the Fatshark website. Twitch says that my account is already connected to Warhammer 40k though.

how are they broken?
if you’re referring to them not showing up in game after claiming on twitch, they won’t be available in the game until nov 30, just like the imperium edition skins some pre-ordered.

Did the link of accounts, didn’t get the drops

I have exactly the same problem as you.
Hope Fatshark fix this soon because had passed a few days. 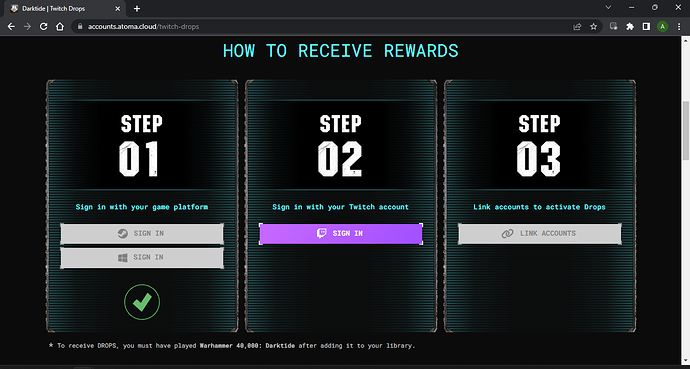 My Twitch, Steam and Darktide accounts are all linked, and I watched a stream with drops enabled. The Sword and Ripper Gun skins unlocked successfully for me, but the Lasgun skin never unlocked. I have clained it on twitch, but it hasn’t shown up in my inventory in game at all.

Just wanted to post for posterity couldn’t link accounts for the first twitch drop and now it’s currently 6:02 as a write this and I’ve been watching Twitch for the last 8 hours. Haven’t gained ANY progress toward the 2nd and 3rd drop. What is this??? I spend 60$ on a game that’s not even released and you guys do twitch drops that are only released for 1 day?

Cool whatever just wasted my day. This is predatory marketing. Locking content behind third-party exclusives. As someone who likes to collect everything in a game, I love there’s not really a point to playing anymore.

For the record my steam is cirbythehero 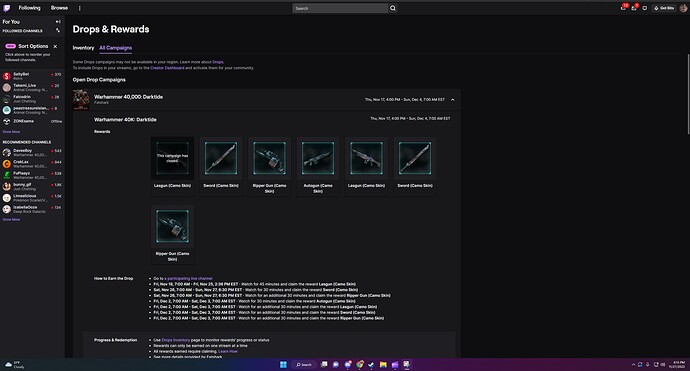 Repeat for the other Ripper and Sword.

I watched the 45 mins of gameplay on twitch, I have all the accounts connected correctly (I did receive the other skins) and I redeemed it on the drop tab but I cant see it on my inventory. 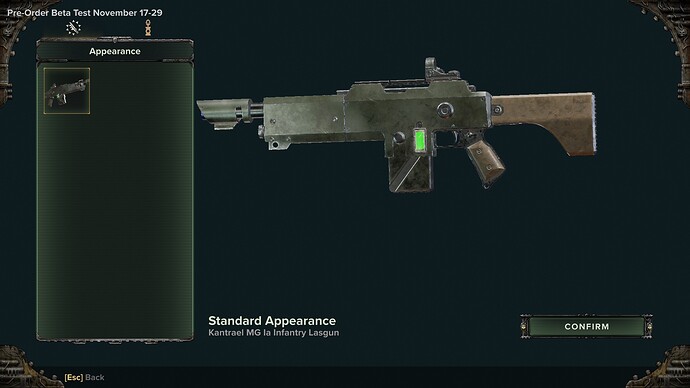 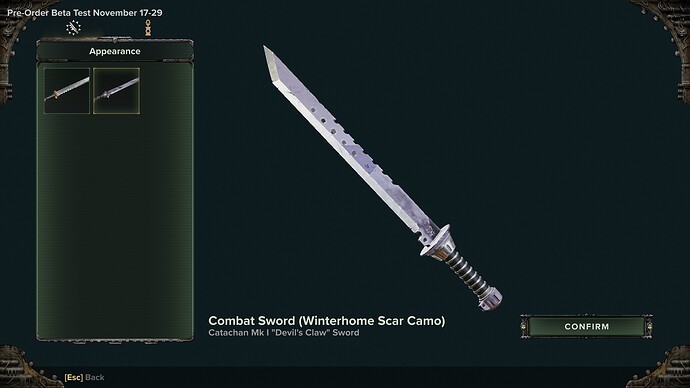 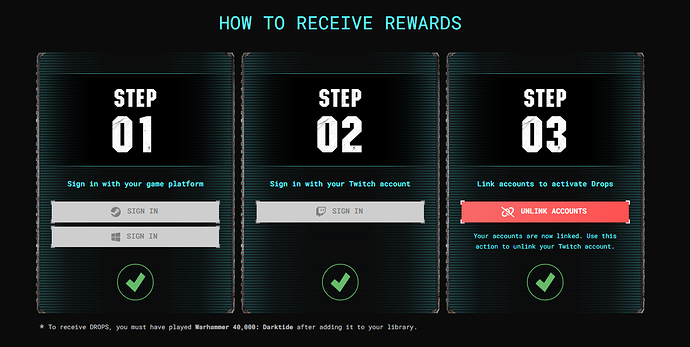 What do I do if I’m connected all the way, and claimed my drops, but I still don’t have access to the drops?

Rippergun and Devils Claw wor. Lasgun still not in the Game yet!

From what I’ve seen, we just wait while they fix it.

Just make sure your stuff is claimed and when FatShark gets their stuff fixed, it should just work.

Hello apologies if this has already been covered I’m not too savy in using forums as a whole, I have eveyrthing linked and setup correctly and I can claim my skins but despite having watched and gotten every drop the 1st lasgun skin (the 1st ever drop) has not been added to my in-game inventory, despite this I still have both the sword and ripper camo/skins. I did rebind my account after noticing I did not have the Lasgun skin when it dropped after that I have gotten every skin. If needed i can provide a screenshot of my twitch drops. Any help/feedback is apreciated!

I have a slightly different issue, I have all my accounts connected according to the atoma.prime website properly but even while watching for drops for over 12 hours I check my drops page and don’t even have anything to claim.

Having the same issue as everyone else.

Everything is linked up together, even see:

Also picked up the Imperial Edition as well, should those skins also be in game? or are they a Day-1 of officially release thing?

Thank you. I know they have a lot on their plate for things to fix.