Recently it seems smth. is broken with horde pathfinding or targeting… enemies seem to be undecided who they shall attack and that causes em to run around like headless chicken… it pretty much always occurs if the party is split as far as I can tell. 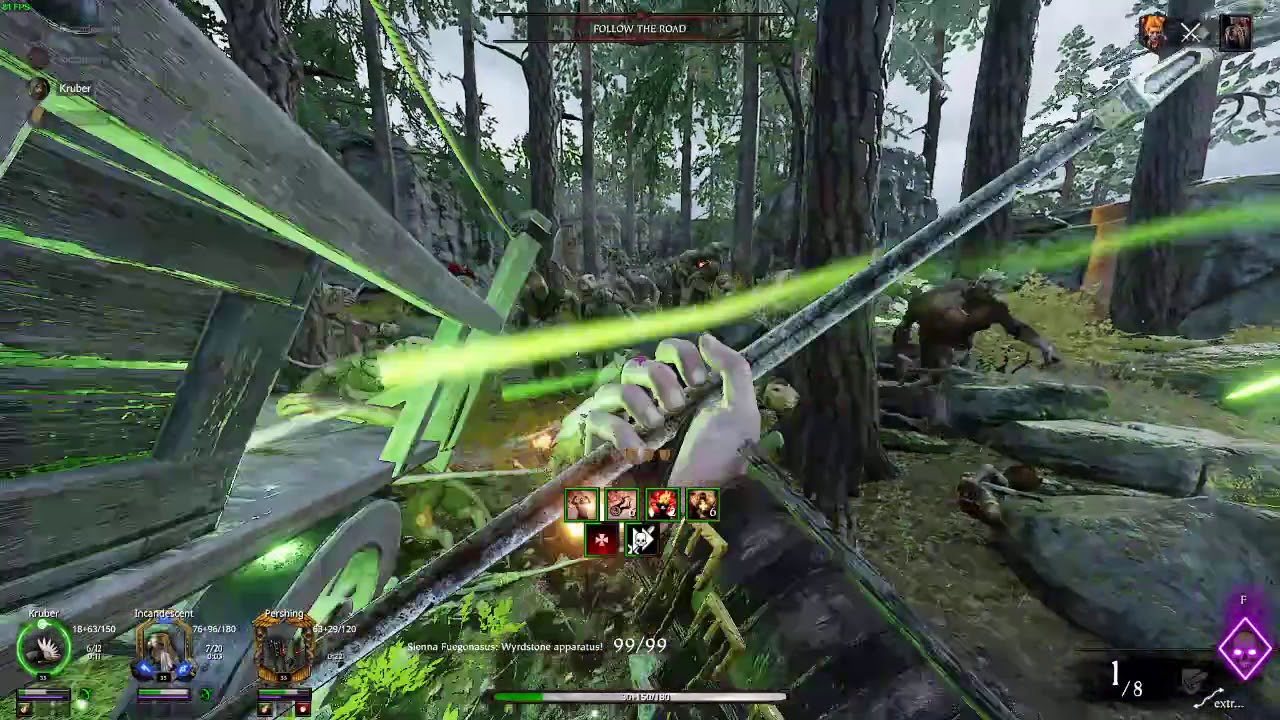 yes, like that, it just happened to me with several horde units like the chaos fanatics or skaven slaves.

This is probably the result of what they did during the WoM beta - they changed how enemies get updated on their targets. Entire patrols and waves ignored you and/or ran through you to some unknown objective.
They tried to fix it once since then, with not much success, I presume enemies update their aggro more often now.
Together with the fixes to hyper density it resulted in the current indecisiveness, when they have no room to attack, but have to wait for the next update to get a new target, but then they might not have room there either, so sometimes they just keep running around making it impossible to pull / hold aggro and/or predict where a priority target might move when you want to shoot it.
They should probably roll back to pre-WoM target update to see how that works together with the fix to hyper density, but the current combination of the 2 results in almost burlesk-like pandemonium.