Is the last line perhaps a bit of foreshadowing, or a reference to something I don’t know about?

I’m actually smelling some Warrior-Priest of Sigmar in the air though.

Mye also getting the Warrior priest wibes here. They better give that dam massive hammer or riot.

Is the last line perhaps a bit of foreshadowing, or a reference to something I don’t know about?

By standard literate practice that´s practically a giant flag/ Red Herring that someone would release the big demon. But putting it there as if it´d affect the story for us in some way makes little sense since the U5 cant do anything about a bloodthirster.

Also, FS cannot do anything major about the game anyway, so no worries

I think they’re just giving a bit of lore for Cinder Peak. It’s not the first time they’ve done a fluff piece for a specific Chaos Wastes location.

Every friday, at some point, I stop and think “I wonder if the new issue of the Lohner’s Chronicles is out yet”

… and I am very confused that there is still no every-friday short story. What’s broken in the well-oiled mechanism?

So, If the story appears later, don’t forget to post the link here, please.

What’s broken in the well-oiled mechanism?

Lohner’s on vacation, or conscripted into helping Saltz build that chapel. 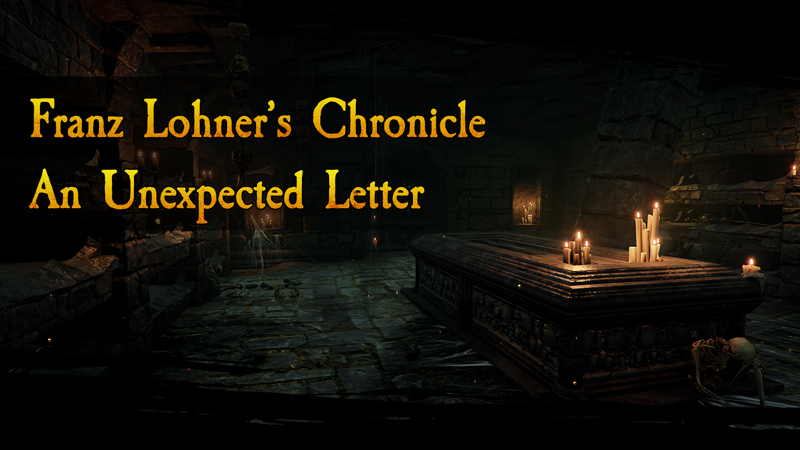 An absent-minded man of mysteries, Franz Lohner relies on his bulging journal to keep track of occurrences, intrigues and arguments around Taal's Horn Keep.

Fatshark are too good at this.

So… Let’s hope that the Short Stories now just will be every Monday.

Regularity is very good and important, it gives confidence in the future. Remember, GW shows new miniatures every Monday. And every Tuesday - a sneak peek with a model from the distant future. UPDATE: As it turned out, this is not another passing story. This is an example of the brilliant “Easter Egg”, which shows how Fatshark deeply knows Warhammer and loves it.

Who knows, maybe we’ll meet him in Darktide.

Guess it’ll be worth seeing if any future names that are in chronicles, wind up being old Combat Card names. There’s always Mordin son of Bardin but I always felt that was a lucky coincidence.

Saturday is a new Friday or Monday. Again, we are faced with the fact that Lorebook is very needed in the Game. Now with the addition - brief information about each deity that gave blessings in the Chaos Wastes. This is both understandable and familiar. In one of the supplements to the Dark Heresy RPG***, the Black Crusade: The Tome of Blood, there is a similar text about Khorne:

THE DREAMS OF A BLOODTHIRSTY DEITY

Khorne is eternal. As long as man has murdered his brother, wolf has hunted prey, and planets have been consumed by the death spasms of their stars, Khorne has existed. Until such time as all these things cease, he remains. It is impossible to vanquish Khorne completely, since the very act of fighting against him gives him strength.

Only through complete apathy can sentient races hope to even so much as lessen the power of the Blood God. Khorne knows this. While his power would remain unfathomably great even if half of the universe’s civilisations found lasting peace and serenity, it would still be diminished, and Khorne is a jealous god who does not suffer loss well. This need to keep his power, and to grow it, motivates his actions. Each skull taken, and each drop of blood that fills the rivers and lakes of his realm, is a physical testament to the power of Khorne. With grim satisfaction, the Blood God can cast his gaze about his realm and know that his strength is undeniable.

Bardin has whipped up some humor for us. It’s very sad, in fact, if it’s just a joke. I would not mind buying another DLC with weapons or even just funny inventions … mechanical toys, for example.

After all, why would Clan Skryre at the End Times can create their Primaris Skavens - Stormfiends, but the Bardin - not?

Sure is an interesting read this week.
The bird bomb part especially, lots of hinting, would be cool to see some of these ideas expanded on.

A dlc with one weapon per character designed by our Dear Engineer himself? that would be really cool =)