Endgame content
Considering Winds of Magic was ill received, but not that bad an idea if you ask me, I am a little concerned with the end content of the game. Preferably the winds of magic would have been slightly better implemented into the main game, since that was most reviewers their pet peeve (seperate game mode, with no real backward progression or benefits for the main game mode).

I read some things about chaos wastes and if those are true it sounds promising and more in line with what players would like to see I guess. I hope it is more in line with a progression system that adds to what is already there, rather than creating more seperate game modes. Mainly because it stated that it is a big departure from the current battlefields, but is that in regards to being more open worldish? Cause I am unsure how that would fit in the game exactly, like I mentioned, hopefully not as a seperate game mode. My guess is that it may point to the location setting though? Either way I just hope it adds to the game in a good way and in a better way to the progression system. I imagine PVP, if that is still coming, will also do so (using the characters you have already leveled and using the talents and builds you made on them).

Also besides the increased difficulty, which is plenty for some, others would like to work to some more relatable endgame content. I do feel winds of magic’s further weapon customization works neatly for that. Could this still be implemented somehow that it also benefits you in the rest of the game, even if it is in a lesser way than what it does for the winds of magic itself, to prevent any crazy imbalances?

Keep content
One of my friends asked me recently why the keep is in such a bad way, which kind of gave me an idea. It would be a nice addition, and perhaps not that hard to implement, to put in upgrades for the keep as endgame content. You start off with the keep as is, broken and battered, and ready to cave in at any moment.

Lately though we are earning shillings in nice amounts, and sure there are some nice skins that I have bought, but I still have plenty to spare since most of the skins are just not for me. On top of that I bet there are players that have tons and tons more shillings right now than I have. It would be nice to be able to order upgrades for the keep, so that when you have enough shillings, you can actually start restoring the keep (first order stone repairs, than perhaps improvements on interior or specific rooms).

Different styles could be an option, or even different room lay-outs, and they could cost different amounts, so you could go for a cheap upgrade, or a larger one, and that way keeps will start looking different for each player. Meaning while you wait for players to join, you can have a wander through someone else their keep and see how they are doing with their keep upgrades.

Also such a large keep, costs a lot, which would make for a nice shilling grind every week, keeping players busy, and hopefully have them return to the game at least weekly

Story/Lore
Personally I am missing the story and lore, and this is probably because I am not familiar with the other games that play in this universe. After the tutorial, you hardly get many videos, except for the map intro’s. What I am missing is a map outro of some kind, with the story that happens in between those maps, the issues solved and then what is happening exactly that makes us go into the next map (so in between the outro of last map and intro of new map, there is more of a story I guess?).

Please, make it skippable though so that after seeing it once (maybe twice) we can skip it, cause right now even the intro for every map starts wearing thin. Any other implementation of the story and lore would work as well I guess, it’s just something I like in games. Generally there is a huge story behind it.

Bosses and monsters
MORE MORE MORE MORE! That is what I would like to say here. I know it’s a horde slaying game, but I love some diversity within the game, and a broader spectrum of monsters would make it more interesting what you can expect. Right now we have 4 monsters? So you are bound to end up with the same one pretty soon. More importantly, bosses, we have one for every 4 maps approximately, but I love boss fights. It’s a nice change of pace, from the basic attacks. Specially the boss from the new free DLC was amazingly refreshing (and it is pretty funny how often we whipe with randoms).

I love how it implements the oldschool systems, with the floor lighting up (in this case with disks rather than simple circles) and you need to get off quickly, and in the next fase he starts flying around at the same time. Even when you know how to do it, it is a nice change of pace when compared to the mindless hacking and slashing which is almost muscle memory by now.

If anything, double down on bosses, or better yet, give every map his own boss to beat at the end, rather than waves of blade meat

Though now changing the map endings may make for sore faces, but it could tie into a way of making extra shillings, simply, by making an arena where you can fight bosses which are a lot harder than the normal bosses (for example having tons more HP) which would make for a drawn out fight, just to earn you a bag full of shillings. Good thing about this is that you wouldn’t have to make a huge map, just gotta come up with a couple of awesome bosses with a high difficulty, with perhaps the easier difficulties being available, but earning less shillings.

Weekly Events
Love this stuff, real breath of fresh air. Every time I do this, I hardly care what difficulty I am on, since it is just a lot of fun to see what has been thought of in these crazy events. Kind of like deeds but more original and fun

All just some ideas and my personal opinion to make something more, and lasting out of the game. Wish I could have come up with better and more ideas, but many things have already been done in games (which is why the principle of winds of magic wasn’t a bad idea at all, just badly implemented I guess), or simply don’t fit this game very well. Maybe in time I think of some other things, but perhaps this creates some brainstorm food for others as well

to put in upgrades for the keep as endgame content. You start off with the keep as is, broken and battered, and ready to cave in at any moment.

The keep already changes, to an extent. Upgrading your heros to level 10 gives them their own room in the keep, killing lords and finishing Fortunes of War gives you trophies too.

with the story that happens in between those maps, the issues solved and then what is happening exactly that makes us go into the next map

This is already in the game, when you beat a mission for the first time talk to Oylesya and Franz and they give you the run down, you can find it here - 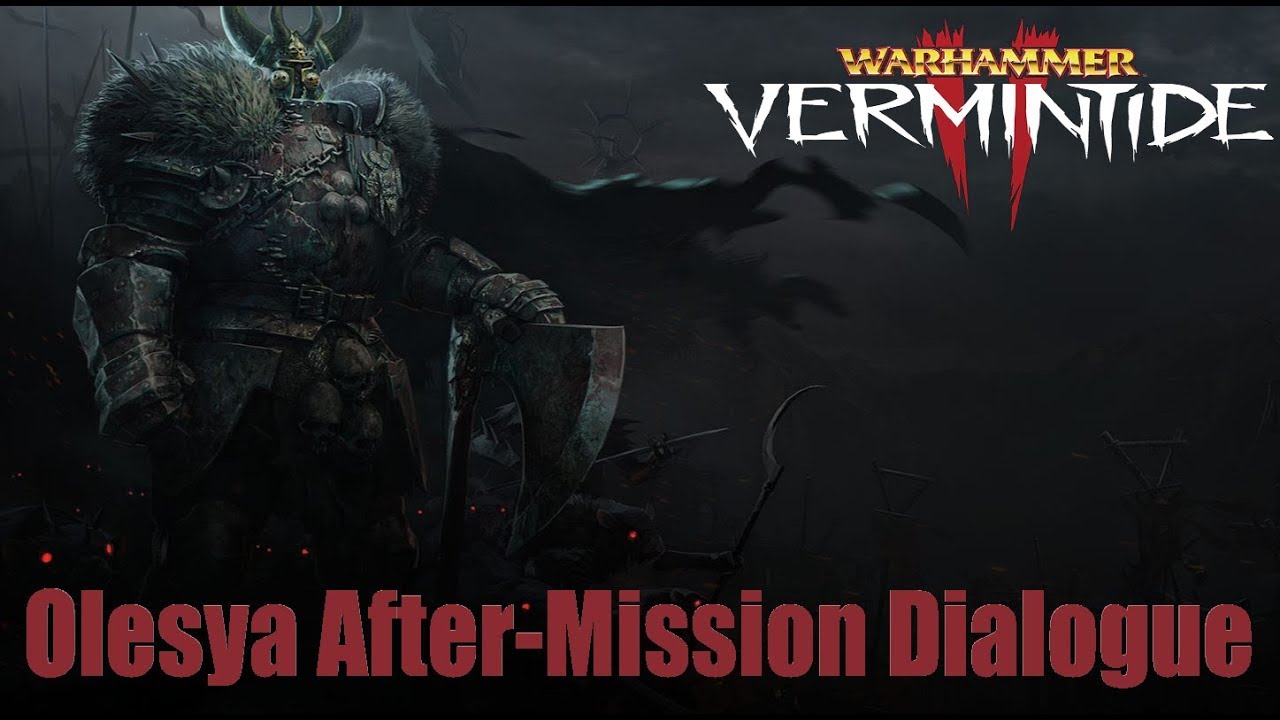 Interesting ideas all around but unfortunately wouldnt balance well into the game. You have to remember FS is 100 ish people, being spread by V2 and their new upcoming game.

Am I the only one finding the term ‘end-game’ absolutely misplaced here? There’s no such thing as an end-game in Vermintide 2. Having leveled up your careers means you’re starting to play the game. So if you’re really one of those people being bored on cataclysm cause it’s too easy, go play Onslaught and the likes.

That being said: I’m always in for keep-upgrades, paintings, lore-snippets and all. Give it to me, baby. I certainly doubt there’s much coming up in the near future though, since development surely has to prioritize Chaos-Wastes and the new careers atm.
Not to mention that there seems to be a portion of the player-base who find 4 bucks for a full-blown new career to be a hefty price-tag (Don’t ask me, I don’t get these people either), which surely would make it difficult to sell even more content to these people, that mainly consists of Lore and cosmetics.

The keep already changes, to an extent. Upgrading your heros to level 10 gives them their own room in the keep, killing lords and finishing Fortunes of War gives you trophies too.

Yes it is a very minor extent though

I mean it is rather easy to reach except for the trophies maybe. For example first thing I did was get every character to level 12 to unlock all their classes so I could test them out.

This is already in the game, when you beat a mission for the first time talk to Oylesya and Franz and they give you the run down, you can find it here -

Cheers, never new this. Never bothered to talk to them much thinking they didn’t amount to much in the keep haha

Interesting ideas all around but unfortunately wouldnt balance well into the game. You have to remember FS is 100 ish people, being spread by V2 and their new upcoming game.

Yeah I know, but it doesn’t really put me in the mood to buy their new game though

Am I the only one finding the term ‘end-game’ absolutely misplaced here? There’s no such thing as an end-game in Vermintide 2.

Though I get your opinion, my personal believe is that every game has endgame content, and so does vermintide 2. Though for every game endgame doesn’t mean the same thing nor look the same (thankfully). And don’t get me wrong, I have 400 hours in this game

I will never say I do not enjoy this game.