My usual way to use Drakegun is to shoot short bursts of fire by holding RMB and clicking LMB after half second. This “short burst mechanic” allows me to manage overcharge better, so that I will not charge Drakegun more than I really need. It is also reduces charging time to minimum, i.e. time when I vulnerable.
It seems, that with lowered attack speed short bursts is not triggers, I think it is because of the lower rate of fire, so instead of firing, I continue to building up overcharge, sometimes it causes explosions…
(to clarify, RMB+LMB on high overcharge is not triggering weapon firing)

So, this new mechanic causes problems with triggering shots if not fully charged.

I think it’s indeed a consequence of the slowdown in handling the talent causes, but I see it more as part of the tradeoff it presents you with. The talent does really change the feel of the weapon in exchange for more power.

At first, I didn’t know what to think of this new talent. After messing around with it for a while, I must say that I now kind of like it, however. I don’t feel it needs to be changed a lot.

Drakki Wrath - (Reworked)
Increases drake fire damage up to 120% and reduces attack speed down to -50% depending on overcharge.

The only plus of this talent is no overcharge slowdown, which is nonsense itself, because Bardin is not a mage and that mechanic purely artificial and illogical.

2.2*0.5 = 1.1 - 10% damage bonus on high overcharge (burn damage is not affected), and that 10% will be achived at red overcharge, where you can explode yourself very easily, due to weapon strange behaviour I mentioned in first post.

So I better take Blood of Grimnir and will get 5% power most of the time and 15% (which affect burning too) when all team nearby, and will use the Drakegun on low overcharge reliably.

I think that slowed attack speed was intended to allow you to use Drakegun on high overcharge with less risk of explosion, but it is not working. It is very easy to explode yourself on red overcharge.

Thus, I see that talent part with damage shenanigans not working and detrimental.

Your damage calculation is wrong, the damage buff is way bigger. Just did a very quick test at the infantry test dummy in the keep. (Only relevant traits with my current setup for testing it on that dummy are 10% Power vs. Chaos and the 7% Power talent, I didn’t use Barrage for the test.)

This damage increase allows you to kill more in a shorter burst. With a little tactical venting, you can contribute to monster damage suprisingly well sometimes. It allows you to roast a Hookrat, Leech, or Assassin nice and quickly, without needing a lot of time to charge the weapon before doing so. The limitation in overcharge room because you need to keep the Drakegun at higher overcharge is compensated a little bit by the need to charge less long, but the gain in charge time when you’re in a tight spot and need a quick burst of damage is the main benefit. It’s a net positive in my book, and then I haven’t even mentioned the no melee slowdown on overcharge, which is a godsend. Another aspect is that when you have your gun on about half overcharge, the leftclick burst starts being pretty powerful damage wise instead of only doing stagger, and it allows you to cook a Flamerat / Gunrat or even SV with two quick bursts, which can often save the situation as well.

The downside of the handling slowdown seems a fair price to me, and after a while I’ve gotten used to it and don’t blow up as much anymore. If you only use the Drakegun to cook hordes, it might well be more efficient to leave the talent and pick Blood of Grimnir, especially because that benefits your melee as well. But if you want a little more versatility against specials and monsters, the talent is actually a reasonable choice.

The only thing I’d like to see changed is to have its weapon swap after leftclick burst not be affected by the slowdown, because it causes some input buffering wonkyness. Maybe make the delay before the shot instead of after it instead?

EDIT:
This all is only about the Drakegun, not the Drakefire Pistols. On those your assessment of the damage increase on left click shots being minimal because of reduced shooting speed is completely correct. However, what that talent does for the Pistols is that is makes the shotgun blast do respectable damage, which makes it good for killing hordes in close combat. The talent basically turns the pistols into another weapon, where the left clich becomes its secondary function and the blasts its orimary function, instead of the other way around.

For the Pistols, that tradeoff seems not worth it to me, because if you want up close hordekilling potential out of your ranged weapon, the Drakegun is the superior option anyways. To me that seems more of a problem with the Pistols, rather than the talent, however.

The pistols could do with another buff, and in older posts I suggested to make the left click fireballs do really high stagger. That way they’re still capable of fighting armored specials, without making them too overpowrred because the killing time is still really low, and you can use them to quickswap and do a quick stagger shot where needed, which is an added functionality in close combat that fits IB’s role well.

The faster speed at low overcharge is actually really damn strong for CC- Drakegun leftlicks or Pistol rightclicks can be spammed ultra fast to stagger against hyperdensity, and now everything is in a neat burning pile you have high overcharge to deal huge damage.

I combine this technique with barrage so im even further multiplying the high overheat damage bonus.

Looks like talent description is not explains properly, what exactly this talent do. Or maybe weapons work is not as intended… Anyway, this is not changing the fact that LMB click while holding RMB is not triggering firing properly on high overcharge, which results in continuation of accumulation of overcharge and explosion. Considering playing on high overcharge is idea about this talent, it need to be fixed.

Curious, because I don’t really have the same experience as you do… For me the Drakegun seems to respond alright, even on high overcharge…

Something else going on?

Looks like Drake Fire Damage gives increased attack speed on low overcharge and reduced on high. But to Drakegun it translates to faster and slower charging. And this slower charging interfere with triggering attack somehow. 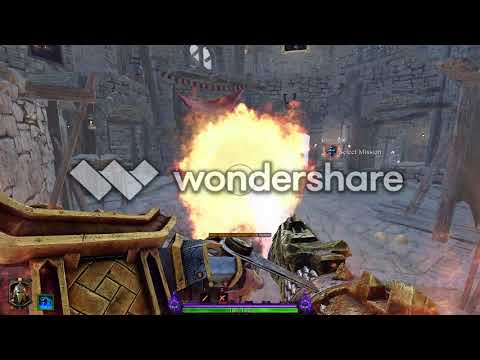 I don’t know. I guess I unconciously adapt to the delay? Afterva while I feel I have enough control when using the charge attack.