So any change to that because right now they are completly blind to it?

made some adjustments to their dependence and willingness to picking up and chugging potions.

Hopefully this applies to them healing you when you have more than enough temp health.

So they have finally accepted that a large portion of players like playing with bots.
I know they want to push player co-op and often times I like playing with other as well, but playing with multiple others does create a clash of play styles and sometimes that can be more frustrating than fun.
I often run bots myself so I can go at the pace I choose, get the extras I want and get to do the majority of the action.

They have specifically mentioned this just last week O.o

Ah, finally some much needed improvements.
Maybe the bots will even try to block attacks not meant for them, instead of always dying to an overhead I just dodged.
One can hope.
I do concur, though, that, when I have plenty ammo, and a bag hasn’t been picked up, and the bot has a snipe weapon and is out, they should at the very least pick up the dwarf droppings.
Hell, sometimes they even refused to resupply at a crate.

I’ll stop when the elf stops perforating my ass.

Maybe the bots will even try to block attacks not meant for them, instead of always dying to an overhead I just dodged.

Yeah bots have a tendency to eat attacks not directly targeted at them. It has been a big problem. You can even easily tell what is going to hit or not hit them it’s that predictable.

So they have finally accepted that a large portion of players like playing with bots.

Well it’s also a matter of bots replacing players temporarily in a lot of situations too, right? It’s not always a player or two just want to play by themselves (although sometimes those matches can be nice). Bots interject when a player disconnects or leaves and they can be there as a filler in the start of a match until more players join. So it’d be nice if the bot didn’t kill itself so quickly by doing things like:

Taking potions is fine because they always give them to players. Just remember that any item they can give a player, you don’t need to force them to “not pick up”. Ammo bags make sense, but make sure they always pick up ammo from infinite sources (ammo crates). Also take into account if the player has infinite ammo weapons like drakeguns/Sienna, a player running away from ammo, a player has all but one of their shots, tons of ammo bags around from Ranger Vet or something like Boom Boom suicide rats, etc. If a bot is missing 50% of their ammo and a player missing 1 of their handgun shots, bot should probably just pick it up anyways. In general, I have greatly favored bots being hungry for resources rather than purposely starving themselves.

All in all, sounds like a bunch of great changes for bots. A necessity indeed and it can only benefit this game and act to help Darktide too as time goes on.

They mentioned new telemetry capture functionality, but there’s no news on the actual ping fix. While you could say “let them have time on this”, I’ll just repeat that since Engineer patch months ago some people can’t play the game at all or just can’t play with other people they’ve used to. This is not some case of annoying bug or anything. People hardly can play.

This fix requires more than just us twiddling some code about. These APIs we’re using are fairly new implementations from Valve, and we’re having to relay information to them for them to investigate. It’s an effort spanning multiple teams over two continents. We do wish it were as simple as fixing a bit of our codebase but it’s more far reaching I’m sorry to say. It’s impossible to say right now where the issue lies, but do know we’re not treating this as a mild inconvenience.

Thank you for the hope! I tend to play with just one or two friends or by myself, so this is much needed.
One thing I wish to add to the discussion is bots using/holding onto potions (both health and power). If you try to give a bot, say an ult cooldown pot so you can go grab a grimoire, the bot will just instantly hand the potion back, or another bot instantly hands you one to fill the slot. It’d be nice if they would hold on and use them if the player has a grimoire or gives them the item.

The behavior of bots in interaction with ammo box is absolutely terrible. Bots either run to the ammo box after each shot (through hordes, fire and gas, and die at the same time), or stand motionless when the ammo box is nearby but inaccessible.

This change from Patch 3.3 looks good: Bots should now replenish ammo from Ammo Boxes with much more consistency. But in practice, this change almost ruins the game. Here are the problems I encountered: #1 Bots began to grab any ammo supply within sight It is enough for bots to spend one or two bullets/arrows so that they have an irresistible desire to grab any ammo supply nearby. Including one-use ammo pouches, usually wasting them. Moreover, they do it chaotically, irrationally, not pa…

I suffer from this too much, please fix it.

Thanks for the reply. Can only hope that fix will come as soon as possible.

This all sounds really nice!

But i gotta ask though, will any of this actually fix the deal with bots running off on wild adventures whenever a gasrat spawns far away? Will it stop them from running face first into fire and gattlings? I feel the need to ask because this stuff is what kills them all the time for me.

We have made some changes here, as well as added and updated a bunch of those areas to help our fellow bots avoid and react more quickly to imminent threats. Also, we have tweaked the emergency threat response behavior to be less “panicky” which resulted in them sometimes slipping off cliffs.

Staying together is key to survival in Vermintide, making sure that bots stay close when a horde (or a patrol that someone just pulled) is approaching makes them more reliable at covering your flanks and saving you from a special. With that in mind, the higher the apparent threat on the battlefield, the more likely bots are to stand at your side, whilst favoring faster, sweepier attacks against infantry class enemies.

Hopefully this means bots will be more proactive about reviving the player. One of my biggest issues with bots currently is that when you need them most, they just kind of derp around and either A. get killed, or B. waste time fighting weak enemies before they decide to revive players. It’s like the bots don’t know that you can block while reviving, which makes sense I guess since that “feature” was made official later into the game’s life cycle.

Well it’s also a matter of bots replacing players temporarily in a lot of situations too, right?

Very true. I do recall more than one situation where a player DC’d or just left during a fight and then a Grim carrying bot goes and gets itself killed. Bots are much easier to wrangle and coordinate when you’re alone than when you have more than one player spreading them. Unless the players stick closer together, and we all know how likely that is…

This is something very much needed.
Thanks guys <3 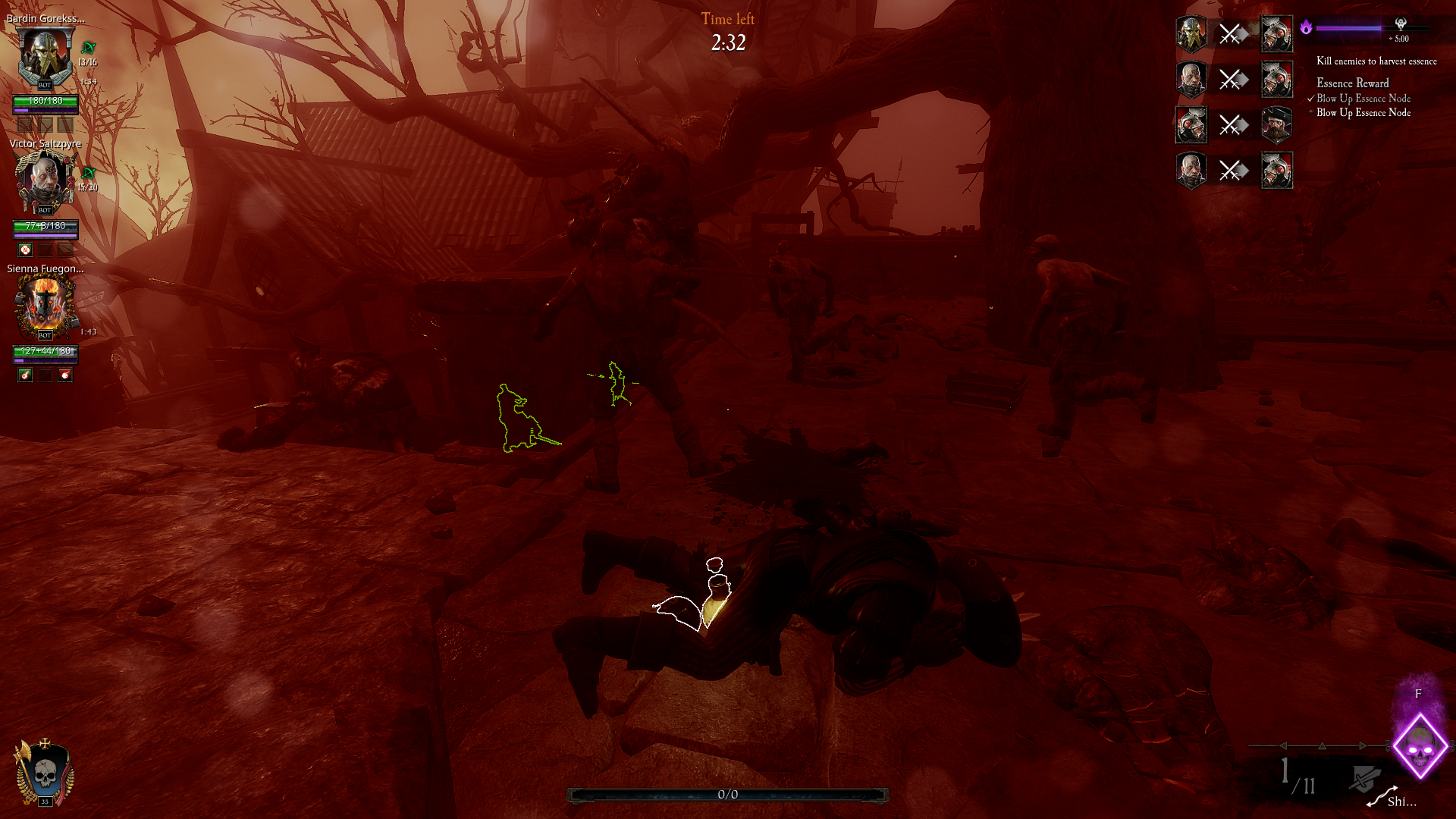 And this happens every time for 5 years.

9 Likes
Why not join the Fatshark Discord https://discord.gg/K6gyMpu