Maybe zero is the number for grudges yet to be made

Will be interesting to see what they come up with. Also, interesting that it makes Cursed Chests more difficult. Maybe it will finally be a choice for a group if they want to open them instead of a default.

Some new colors for everyone and premium skin for slayer AND for handmaiden!? My weak heart is not prepared!

Maybe. But the wording sounded to me: “Grudged marked monsters are different because they have attributes.” So it begs the question if they are still Grudge marked if they have no attributes. Possible if Grudge Marked base is already different to normal monsters. Otherwise, it is just a different skin (poking spears through the back).

It will be complementing to his current skin: chest clothes, no trousers, more Dongliz talk.

For a long time both have been needed: so that non-removable cosmetics don’t take up space in the inventory (just like weapon illusions) AND a free, simple way to remove Heroic Deeds, which is not even worth trying to do.

I do enjoy heroic deeds, but Hedge has said before that they have been working on that inventory rework, I just hope it’s ready.

A fix for deeds not working as client and beastmen still appearing where they shouldn’t be would be fantastic. 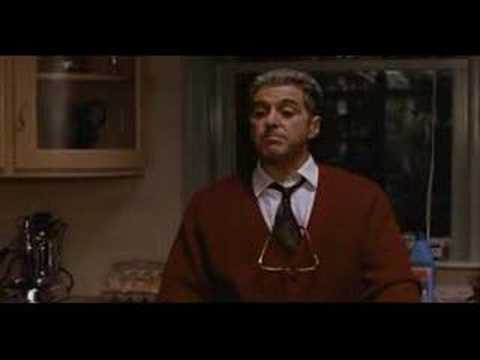 They need to fix the crashing On Xbox in citadel 1. 50% of the time I get into mission 4 on the citadel pilgrimage the game crashes, the chaos god does not seem to matter, the enemies on screen does not seem to matter. Had zero enemies on screen no special effect, single player offline and the game still crashed. If they don’t bother fixing stuff in between new releases or even during them then why bother making it, the audience is already discouraged.
Happy to see new content, but the lack of any effort or feedback on glitch and error fixes is off putting.

I don’t care much about chaos wastes because I got meh abilities most of the time (60-70%). Meh means they are worse than my regular builds.
I’m more curious about the fixes and balance changes. Do they change some numbers for SoT ? Moonbow? Will they fix the fireball damage? Will they remove the underwhelming abilities from CW?

This is a beautiful update I say. It’s something, and it’s interesting. I can’t wait to try it out. I just hope it will come with a series of bugfixes and, fingers crossed, some balance decisions as well.

Edit : After some thought, I’ll add some nuance to my hype.
I hope these bosses attributes are balanced in a way that won’t justify more power creep.

I hope these bosses attributes are balanced in a way that won’t justify more power creep.

Would be a strange decision. So far it seems that these Marks only appear in the Wastes. If you mean that the Wastes will become more power creepy. That could maybe happen. But it doesn’t change the issues we have in Adventure Mode.

Maybe they will swing the nerf hammer with the update. And maybe for once they will skip on unnecessary buffs. Because frankly there is nothing in the game which needs to be buffed. But first let’s see what new content we will get. This coming for Geheimnisnacht may also be the first major event in a while.

Because frankly there is nothing in the game which needs to be buffed.

“5% attackspeed isnt a talent? Clearly it is”

Yep everything is definitely in order

There can be made an argument for more variety. Or even completely changing her core concept (although that will not happen). But Pyromancer’s strongest build is devastating and certainly does not need buffs.

But Pyromancer’s strongest build is devastating and certainly does not need buffs.

Errr…what manner of build is that? O_O

Far as i knew any staff she uses, BW is better at using. And her melee output shouldnt be considered “devastating” either…I wont say she´s weak with a monsterous thing like Coruscation staff available but i really do fail to see how she´s exceptional in any way.

But admittedly i do not know how her melee builds compare in clear to unchained, with a dagger in hand it felt rather good but i havent played it well enough.

However, I would like to refrain derailing the thread further than I already have done.

But we can speculate further about Grudge Marks (and cosmetics) ^^ : Of this batch only Handmaiden interests me. That means for the (hopefully soon to) follow-up batch both Unchained and Foot Knight will get something new. Looking forward to that one more.

But Pyromancer’s strongest build is devastating and certainly does not need buffs.

Lol. She has no strong or devastating builds in the campaign mode. Just a dysfunctional career skill that only really serves as an emergency thp source and a bunch of lackluster, directionless talents that don’t make any real difference whether you play with them or without them. The situation changes completely in expeditions, where she can potentially be the strongest career in the game. I think she could only benefit if some of that stuff was merged into the base kit in a more limited capacity. Things like exploding crits, or crits splitting into multiple projectiles for ranged attacks and so on.

A lot of stuff in the game is just too strong at the moment, specifically in the campaign mode (mostly elf things like moonfire bow, sword&dagger and so on) but there are also plenty of things that have fallen way behind the times and need attention. You can see the balance issues quite clearly in Cataclysm expeditions, where plenty of starting combos of careers and weapons will simply not get you anywhere, while some combos are so strong that you breeze through the adventure largely on the starting kit alone. Then the boons themselves are problematic, with plenty being filler material with next to no impact and a select few breaking the game largely by themselves.

All in all plenty of things would need addressing at both ends of the power spectrum.

4 Likes
next page →
Why not join the Fatshark Discord https://discord.gg/K6gyMpu